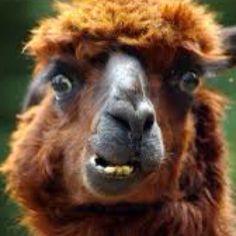 The earliest believers in Yeshua first quoted Tehillah 2 [Ps 2] back to the creator as part of the first recorded ‘corporate’ prayer.  This occurred after Yokhanan and Kefa had been arrested for declaring the resurrection of Yeshua.  They said to the religious Jews, “Whether it be right before Elohim to listen to you more than to Elohim, you judge…”  This verse went through my mind this morning during meditations.  And I thought of many facets of our ‘struggle’ as believers in Yeshua, and of the confidence we need.  And that led to further contemplation of this chain of events.  After Kefa and Yokhanan were released, they returned to the brothers and recounted the events, and then they all prayed:

“O  יהוה  , You are Elohim who has made heaven and earth, and the seas, and all that is in them; You are the One who spoke through The Ru’akh HaKodesh by the mouth of Your servant David when he said, ‘Why do the nations rage, and the peoples plot in vain? The kings and the rulers of the earth have revolted, and have taken counsel together against  יהוה  , and against His Mashi’akh.’ For truly, they assembled in this very city, together with both Herodus and Pilatos and with the Goyim and with the people of Yisra’el, against your Ben Kadosh, Yeshua, to execute whatever Your hand and Your will had previously decreed to take place. And even now, O  יהוה  , look and see their threats; and grant to Your servants that they may freely declare Your D’var, just as Your hand is freely stretched out for healing and wonders, and Your miracles which are done in the Name of Your Ben Kadosh, Yeshua.”

Their ”Emunah”, their ‘firm trust, faith’, was great that day.  They knew they were doing right.  They knew factually that Yeshua was a man risen from the dead.  And they knew their mandate to declare that fact before even kings.  And before the religious order of Jews, who were opposing that Truth.  They were so convinced, that after their prayer was completed, we read, “And when they had petitioned and made their supplications, the place in which they were assembled together was shaken, and they were all filled with The Ru’akh HaKodesh, and they spoke D’var HaElohim boldly.”

I ruminated over that prayer some two + years ago, and a ‘war hymn’ was birthed in me, and we call it “Lamah?”  “Why?”  It is not a plea of ‘oy veh,’ but one of ‘O my,’ of ‘How foolish are the leaders of this world!’  to fight against the truth of the Resurrection of the Salvation of the World, Yeshua the Messiah!  That song has apparently become a favorite in our congregation.

The people of this world have still all taken counsel together, they have collectively DECIDED NOT to believe in Yeshua, the Son of G-d, and in His resurrection.  It is NOT that they do not ‘see’ that the evidence is there, and overwhelming!  It is NOT that they do not know that their world view is wrong!  It is that they do not like the Biblical world view, they do not like the ‘counsel’ of the Almighty, nor anyone who truly follows the King of Israel, Yeshua Ben Yosef.  The end of that Tehillah warns the world, “Kiss the Son, lest He be angry, and you perish in the way, when suddenly His wrath is kindled. Happy are all they that take refuge in Him.”

The thought processes of MOST people today are against the simple instructions of G-d.  Because of the abundance of iniquity, which is the lack of, or being outside of, the Torah, the love of most people has turned cold; their hearts have hardened.  They are jaded; bitter.  And this causes mankind to turn on itself.  The result?  All the things G-d tells us NOT to do become “honorable” and ‘tolerated’: tyranny, murder, gluttony, adultery, uncleanness, abortion, homosexuality, transgenderism, drunkenness, lewdness, and all manner of sin.  And anyone who dares to point to the righteousness of G-d in any way, but especially in regard to the Torah observant Jew, Yeshua the Messiah, is marked a criminal against mankind.  In places where truth has already been snuffed, believers are indeed criminals.  In our country, we are being painted as criminals, and if ALL who SAY they believe in the Son of G-d do not REPENT, and turn from these evils, we will soon not only be painted with the brush of condemnation, but imprisoned for trusting in Him.  Too many believers are putting their hope in Trump, and not G-d.  Don’t get me wrong, I do think, in small part, Trump has been a reprieve, a bit like Jonah was to Nineveh.  But, Nineveh was later destroyed for not remaining faithful.  Many are happy to revel in the financial benefit Trump has been to our country, but are yet not willing to ‘turn’ from their sins.

The ’power’ of Yeshua is NOT so much in shaken buildings.  That was a manifestation of His approval of THEIR TRUST in His Word.  The power of Yeshua is in a heart turned to repentance.  Turned to following the WAY of Messiah.  In spite of what the religious class thinks.  In spite of what the kings and rulers of the earth think.  And it hinges on the resurrection of a man once dead.  A man who is now alive and seated at the right hand of the Creator of the universe.

The Jewish religious leaders KNEW that Messiah would be declared the “Son of G-d.”  Apart from what has already been quoted from Tehillah 2, we also read there: “I will tell of the decree: יהוה  said unto me, “You are My son, this day have I begotten you.”  And in Mishlim 30:4, familiar to those ancient Rabbis, we read: “Who has ascended up into heaven, and descended? Who has gathered the wind in his fists? Who has bound the waters in his garment? Who has established all the ends of the earth? What is His Name, and what is His Son’s name, for you will know it.”  That is ONE Name!  That name is יהוה , the Name given to Yeshua.  Kefa had just declared in Yerushalayim, “Therefore let all Beit Yisra’el know assuredly that Elohim has made this very Yeshua, whom you have executed, both  יהוה  and Mashi’akh.”  And Sha’ul tells us: “and every tongue shall confess that He, Yeshua HaMashi’akh, is יהוה , to the glory of Elohim His Father.”

It is on THAT declaration that we stand, after having TURNED to His Ways.  And in THAT confidence, we stand against all powers.  We fight the sins described above, to keep ourselves pure in His Way, the SAME way Yeshua did: by declaring His Word, D’varim!

No matter at all what the temptation is, if it goes against a mitzvah, declare that Mitzvah!  And TRUST in His Truth, in SPITE of what our flesh says, or what our friends say, or what the kings and rulers say, or what the false religious leaders say!  HIS TRUTH is POWER.  And it is POWER over sin!

The hard part for us as humans is to believe that what He says is right is right!  Because our flesh wants otherwise.  And most people are unwilling to leave the flesh and its passions behind.  It is an epic struggle.  Yeshua put it this way:

“And this is the judgment: that light [Torah declared by Yeshua] has come into the world, and yet men have loved darkness more than light, because their works were evil. For everyone who does abominable things [Lev 11, 17-22] hates the light, and he does not come to the light, because his works cannot be covered. But he who does HaEmet [The Truth/Torah] comes to the light [Yeshua’s teaching of Torah], so that his works may be known, that they are done through Elohim.”

We just declared in our Synagogues around the world, “Khazak V’Ematz!”  Be strong and resolute.  I pray that for every reader who has already repented of his sins.  Do it again, if you have faltered, no matter how many times.  He is full of compassion!  For those who have not, I implore you, turn from the ways of this world.  Trust in the Son of G-d, whom G-d raised from the dead, and whose blood was shed to purify all of us from our sins.  Desire to be pure.  And then become so by His blood, and remain so by your confession.  No matter how hard the fight is.  Fight.

Happy is the man that has not walked in the counsel of the wicked, nor stood in the way of sinners, nor sat in the seat of the scornful. But his delight is in the Torah of יהוה   ; and in His Torah does he meditate day and night. And he shall be like a tree planted by streams of water, that brings forth its fruit in its season, and whose leaf does not wither; and in whatever he does he shall prosper. Not so the wicked; but they are like the chaff which the wind drives away. Therefore the wicked shall not stand in the judgment, nor sinners in the assembly of the Tzadikim. For יהוה   knows the way of the Tzadikim; but the way of the wicked shall perish.

One thought on “Lamah?”