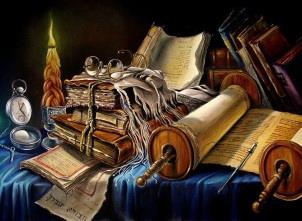 I have often said, ‘The Word is the Torah is the Commandments is the Ruakh [spirit] is Yeshua,’ in many variations.

But, in 20 years of studying the scriptures in Hebrew, I have never seen this so ‘clearly’ as I did when reading in Hebrew, seeing the word מַצֹּֽות but reading it in my head as מִצְוֹת ….. it was a double take.

Even one who does not read Hebrew can see how ‘dangerously similar’ these two DIFFERENT words are!

The first one is Matzot, and the second one is Mitzvot.

The first one means ‘Unleavened Bread,’ the kind of bread Yeshua broke at the Pesakh [Passover] Seder, saying, ‘This is MY BODY.’

The second one means “Commandments,” and is always in reference to the statutes, laws, and decrees in the Torah.

They are spelled EXACTLY THE SAME WAY in Hebrew!

You can see only subtle differences in what I’ve pasted herein, and those differences are the vowel pointers, that do not exist in a Torah scroll, so CONTEXT is the ONLY thing that ‘distinguishes’ the Matzot from the Mitzvot. In Hebrew, in the original texts of the scriptures, and in modern Hebrew, there are NO vowel pointers! Those are a later addition, used only to help a person who does not speak Hebrew learn to read. I have been practicing ignoring them, so that I can become more fluent in reading, so I can read the modern Israeli newspapers without help. In doing so, I momentarily read ‘matzot’ as ‘mitzvot,’ and immediately realized my error, due to context. Then, I had to do a double take!

The spiritual overtones to this are ENORMOUS. The symbolism in the letters may read, “the peoples will bow down [worship, become righteous] to a man who is a ‘sign’.” That is a mystery for both MATZAH and MITZVOT.

The Torah itself is a SIGN. The commandments themselves: the Shema finishes by saying, “You shall bind them ‘mitzvot’ as a SIGN upon your hand….”  The Sabbath is a sign for ALL GENERATIONS to those that believe in Him. [Shemot [exodus] 31:13, 17]

The Matzah is our ‘symbol’ of Yeshua’s only sign to Yisra’el: His RESURRECTION. The Matzah is eaten during the Pesakh, and in Yeshua’s ‘savlanut’ week, he rose from the dead on the fifth day of Pesakh, on ‘saturday night,’ at the end of the SEVENTH regular day, the weekly Shabbat, at the beginning of the 1st biblical day. The Matzah alludes also to the Mannah, which Yeshua also called Himself: Mannah, the bread that came down from Heaven. The Mannah was a SIGN to set the Sabbath day of worship for Yisra’el [Shemot [exodus] 16] , and they saw this sign for 40 years. That is how we know that fri eve to sat eve is HIS SABBATH.

Yeshua is the Matzah, the Mannah, and the Mitzvah. Our unleavened bread is HIS PERFECTION IN THE TORAH, the COMMANDMENTS perfectly observed. Throw away the commandments, and you throw away Yeshua, the Bread of Life.